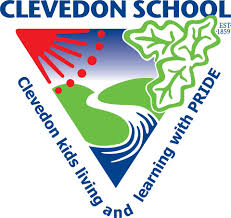 Clevedon School in Somerset has combined Class Charts with its own behaviour policy to bring key changes to the school ethos and reward positive behaviour.

As a successful school that is committed to continual improvement, Clevedon School in Somerset has made highly effective use of EduKey’s Class Charts to help boost positive behaviour.

The initiative began three years ago when the school’s leaders re-examined the school’s behaviour expectations and ethos. They discovered that staff wanted a way to easily communicate with parents. Recognising that it was impractical for each member of staff to send tens or even hundreds of emails a day, they started looking at products that would make the process easier.

“We came across Class Charts because a trainee teacher had seen it at another school,” says Jamie Williams, Head of Ethos and Outcomes. The school requested a trial, during which half of the staff used Class Charts and half did not. The results and feedback were positive, so the next step was to ensure that Class Charts worked in conjunction with the school’s new behaviour policy, Best Behaviour.

“For Best Behaviour to work we had to have an intelligent program such as Class Charts to help support it,” says Jamie. “It’s about giving students the onus for getting things right: when they get it right, they get rewarded; if don’t, they get an opportunity to correct that. If they don’t take that opportunity – for example, they don’t turn up for a restorative conversation – then Class Charts will notify the system and we can issue a consequence.”

“We can pick up students who are not meeting our expectations, report that earlier, and get the results everyone wants. We are now able to have those key conversations early on, and to inform parents when things aren’t going how we want – and at any time they can log on to see how their children are doing.”

Jamie believes a key ingredient in the school’s successful use of Class Charts has been the way it meshes with their behaviour policy, and the fact that these two elements were introduced together.

“We went down to grass roots and asked ourselves: what does the product offer, what do we want and how can we bring these together to have better system in the school? Students needed to be rewarded more, so we came up with a balanced approach using Class Charts, and the successes have been superb.”

Class Charts is now used consistently and systematically every day within the school. It is constantly monitored, not only by staff and parents but also by heads of house.

“We have a very exciting vertical house system, and heads of house can have a very clear overview of all their students and how they are doing,” says Jamie. “It’s seen some transformational results in terms of figures, and the students tell us they feel more supported.”

For the past academic year, the positive to negative input ratio for Class Charts was 87 percent, demonstrating that the vast majority of points earned are positive. While the school never had a high number of exclusions, these have reduced further, and there has been a huge increase in the types of behaviour the staff want to see.

“It’s pretty exciting stuff. We didn’t want to repress students, we wanted to reward them, so to have that amount of positives is superb. It’s great for the children who are often forgotten,” says Jamie.

Positive behaviour points in Class Charts are now linked to bronze, silver and gold awards, with winners receiving perks such as a special breakfast, the most recent of which was attended by 200 students. Two years into running the new system, over a quarter of the students have achieved the gold award.

“Nothing is stopping them achieving more,” says Jamie. “They log on in the morning and look at their Class Charts, and at the same time we can have the important conversations that come from looking at their negative points. It’s really given us a reward system for all the students – we have always been good at rewarding them in other ways, but this is an opportunity for every student to be able to achieve something.”

“By combining Class Charts with Best Behaviour, we have been able to see a significant difference in the way students view their education. Everyone is better informed on how students are doing and the reminders and notifications in Class Charts have had a huge impact. We always want more from our students, and we want to make sure they are all treated fairly – and this has allowed that.”

Get Started with a Free Online Demo

Let us show you how to save time, reduce teachers’ workload and remove the big barriers to learning! Join over 180,000 other teachers already using ClassCharts.

We would love to help in your school.

This website uses cookies to improve your experience while you navigate through the website. Out of these, the cookies that are categorized as necessary are stored on your browser as they are essential for the working of basic functionalities of the website. We also use third-party cookies that help us analyze and understand how you use this website. These cookies will be stored in your browser only with your consent. You also have the option to opt-out of these cookies. But opting out of some of these cookies may affect your browsing experience.
Necessary Always Enabled

Any cookies that may not be particularly necessary for the website to function and is used specifically to collect user personal data via analytics, ads, other embedded contents are termed as non-necessary cookies. It is mandatory to procure user consent prior to running these cookies on your website.